This is a case that succeeded on evidence of retraction made to third parties before the trial.  This is extremely unusual, because this was “hearsay” evidence, evidence taken from people the complainants had spoken with.

For certain reasons, the witnesses, although they were aware of the retractions prior to trial, they had no reason to believe that the trial would go ahead.  One of the witnesses had moved away and had not kept in touch, others, believe it or not, did not know the defendants real name, and only knew him by his “nickname”.  When the court appearances were in the local newspapers, either they didn’t see the reports, or they did not connect it to their friend with an unusual nickname. 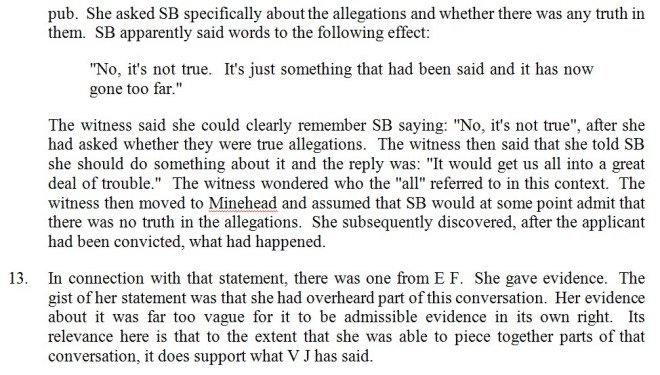 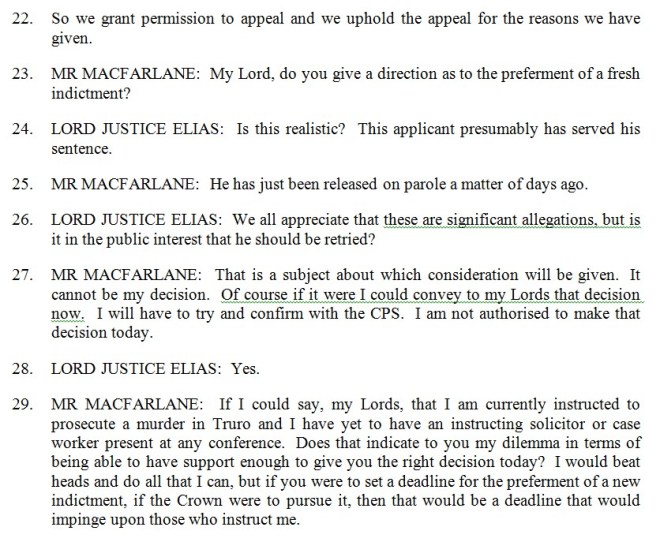 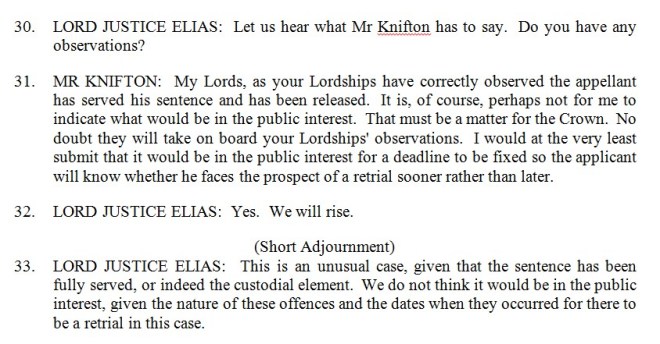